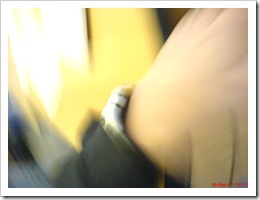 Yesterday afternoon, the husband and I had a conversation about The Novel™ and the follow up. Well, actually, I said I would like to finish current draft by no later than the end of August, because I would like to get cracking on the second book. After much debating about the viability of such a deadline, I made a comment that I cannot start with the second book until I have finished current one, because I am not entirely sure how it was going to end.

He gasped and could not believe I didn't know how it was going to end.

The first draft ended in a climax, with no resolution, leaving itself open for resolution in a follow up book. But, I am not entirely sure if I want to write a follow-on series, i.e. you have to read them in order, or if I would prefer to expand the universe and write multiple stand-alone books in this universe. Both options make sense, but, right now, they seem to be mutually exclusive - for this world anyway.

And, as the story line has done some very interesting things to me in this draft, I cannot predict if it will be happy ending where first draft did, or if it will conclude. And I know I have done some basic outlines (read: wrote down a couple of lines of plot ideas) for the next book, the ending of current book will greatly determine the actual plot of the second.

Luckily the next couple of chapters will be easier to write than 13 and 14, mostly because the path forward seems to be clearly defined. However, that is what I thought before I got to 13 too, and then it threw a curve ball.

I think I am also nearing a point where I can give the book a proper title, other than just Frank. I was considering using a name generator like the ones found at Serendipity, because Summer of Chaos is just simply perfect, isn't it?