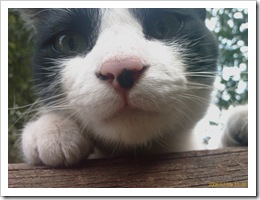 I have not been able to write a single sentence on The Novel™ in the past two weeks, until today. I have managed to add an additional 3500 words so far, after removing around 1800 of them, and writing at least 2000 new ones, leaving the word count at just over half-way of the target of 60k.

I was a little stumped with the direction the story was trying to go (and current events in the country didn't help either), but it is clearer again and I no longer fear it is going to reflect actual events too closely. A couple of scenes from the third quarter of the first draft have made their way into chapter 14 (far earlier in the story), and the villain is a little more believable as a villain now. I also suspect she is going to turn out to be a complete bitch right pain in the arse for the forseable future.

Now Playing: Siouxsie And The Banshees - You're Lost Little Girl