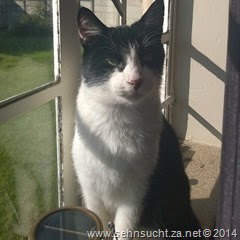 My old friend insomnia is back in full force. But, just for funsies, he has decided that he will let me think I am getting sleep, and only visit at 3am, once I have actually had a little bit of sleep. So, just to be difficult, I now go to sleep at 9pm *grin*

So, I’ve been quiet for a while. I was incredibly lucky and managed to land my absolute dream job, which I started at the beginning of March. Starting at this company has been equated to drinking water from a fire-hydrant, which, I can now tell you, is a fairly accurate description.

Because of the new job, I have decided to consolidate my travel blog and this one again. I have imported the posts and comments from that blog into this one and will post all travel related posts to this blog. I will make some time to complete the posts about our UK and Germany trip last year over the next couple of weeks. The new job also includes a fair amount of travel, so I may possibly post some more pictures, even if there isn’t time for real updates. The first trip is to Seattle at the end of this month with a couple of colleagues and I am sure I will be taking loads of photos, as we are also planning a couple of touristy outings while we’re there.

Our grand design (or the slow moving sludge, as I like to think of it now) is, well, moving at the pace of slow moving sludge. When I last wrote, we had just employed someone to do some architectural work for us to get the plans council ready. 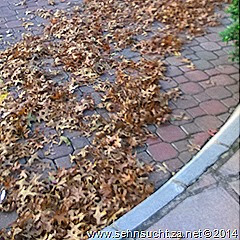 A slight case of ignorance led me to believe that this would be completed within a week or two (probably because he said so) and that, by now, we should be nearing plan approval. Boy, was I wrong. It took him some time to get the original plans back from the council and then, I think, he took a bit of a break from all that strenuous work. He picked up the pace again in the last week and have finally done the final measurements he requires to draw the last bit of the plans. It also turns out that there was some work done on this house that did not have council approved plans, which means we now need to provide 3 sets of plans: as it was, as it is now and as it will be. No doubt this will add some additional delays, but our plans guy feels like he should be able to submit the plans in the next two to three weeks. I am not holding my breath. This does push our estimated start date out to early June, depending on how long the Council takes to approve the plans

We’ve had some really soggy weather recently (I believe it was to prepare me for Seattle), and now, sadly, the roads are covered in leaves and the mornings are chilly. I am not quite ready for Winter’s arrival, but I think Winter will arrive regardless. At least we still have some spectacular mornings: 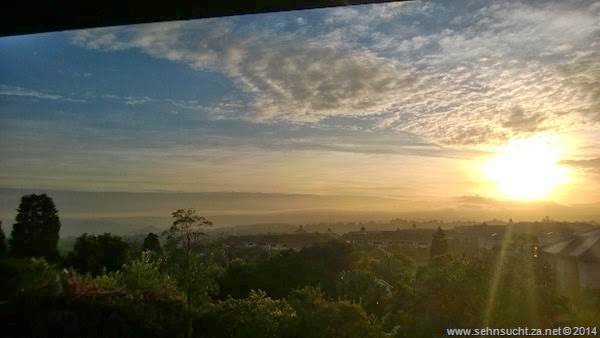 tags: Grand Design, random is a pigeon from mars, the silliness of me, the world out there, Travelbug