There have been a couple of changes in my listening habits this year, so while I have scrobbled some music to Last.fm, it doesn’t quite reflect all the music I have been listening to. I discovered the joys of Nokia Music earlier this year, which has brought me endless hours of listening pleasure, but it unfortunately does not integrate with Last.fm in anyway, so my Last.fm scrobbles only reflect a portion of what I listened to.

Since I switched over to the Nokia Lumia 925 a couple months ago, I have stopped storing music on my phone, and have pretty much used Nokia Music exclusively for listening to music while at work and out and about. The service allows you to create a personalised playlist by selecting between one and three artists, and it will then dynamically build the playlist based on your musical taste. You can upvote songs/bands, which will update the playlist to bring in more of that band, or more songs like that song. And, as always, with all the Windows Mobile apps, it is really, really pretty. 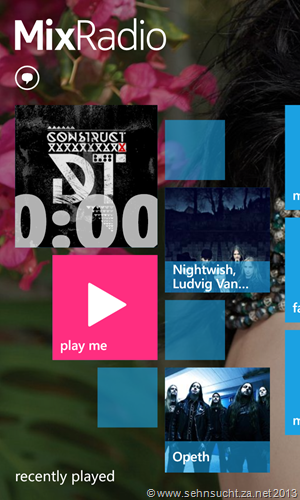 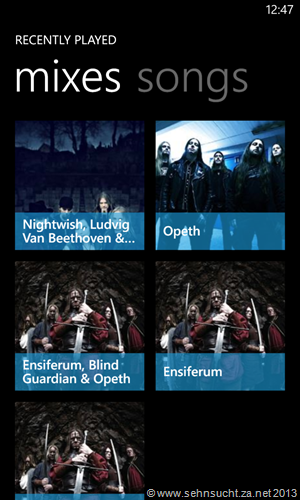 This is probably the last year I post stats from Last.fm, unless I can find a way to scrobble my listening from Nokia Music. 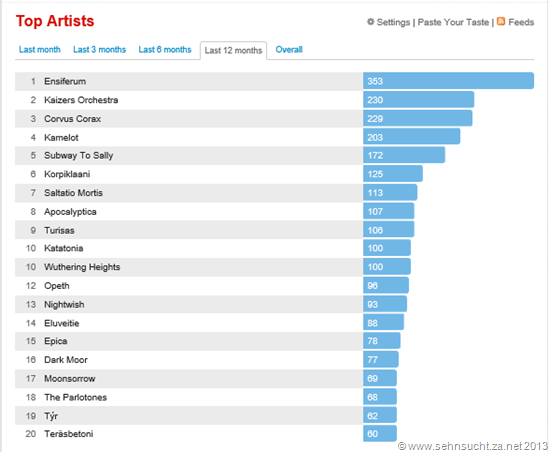 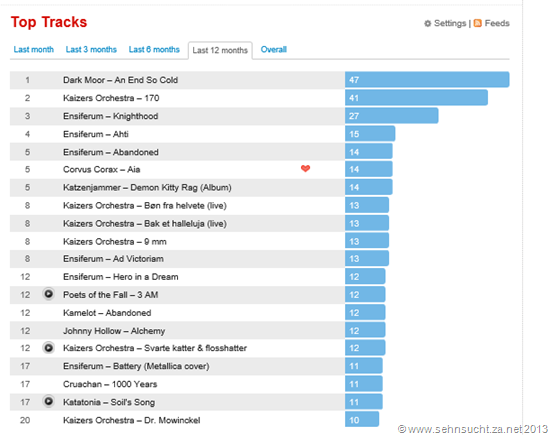 I am surprised to see the Dark Moor track at the top, as I can’t really remember listening to it all that much. But then again, Nokia Music.

There are always earworms. Some stick around for longer than others. Here are some of those that stuck around

Opeth – Harvest. I think this is one of the most beautiful pieces of music written in the past 100 years.

Corvus Corax performing Amon Amarth’s Twilight of the Thundergod at Wacken 2013. This one is special for so many reasons, one of them that I was there.

Ensiferum – Lai Lai Hei. My love for Ensiferum is no secret, and this is my current favourite track.

One of my absolute favourite new discoveries is Katzenjammer from Norway. I asked Nokia Music for music like Kaizers Orchestra and The Beatles, and it gave me Katzenjammer. 30 seconds into Demon Kitty Rag, I bought the song. I have never done that before, so that says something. I think it is rare to find a band where every single member of the band is immensely talented, but Katzenjammer is one of those bands. Each song is unique, and each member plays a range of instruments, and they are all excellent vocalists too. And listening to them makes me indescribably happy. Go, give them a listen.