So, we apparently decided to tackle this massive build project earlier this year, thinking it is just a wonderful idea

We interviewed builders – I think about 20 in all – and finally found a builder that we liked. During the interview process, a couple of builders provided quotes, and we had multiple small heart attacks, and decided to reduce the scope of the project just a little bit – to only the boundary wall.

This is what our front garden used to look like: 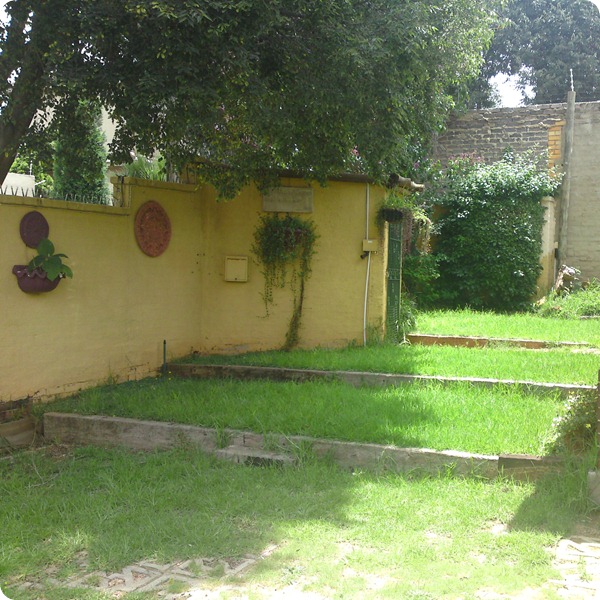 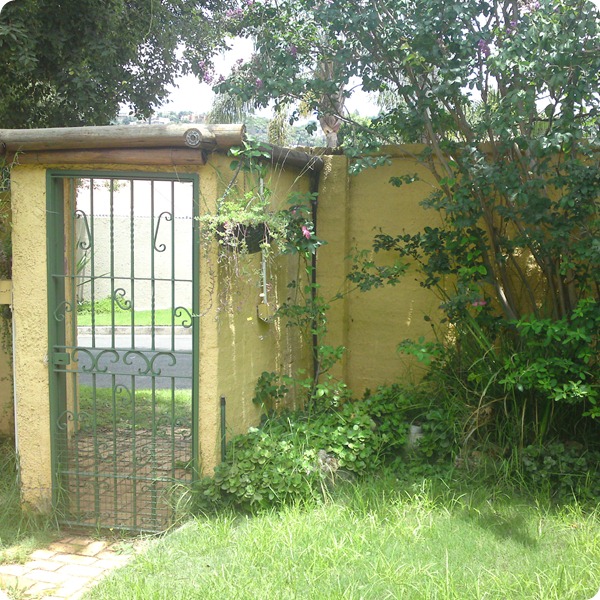 We didn’t like the alcove in the wall, as this created a massive vulnerability in our cocoon, and it also ate away at precious garden space. We also wanted the wall to be a little higher. The wall between us and our one neighbour was also problematic, so we decided that it should also be rebuilt.

After the first week, our front garden looked like this: 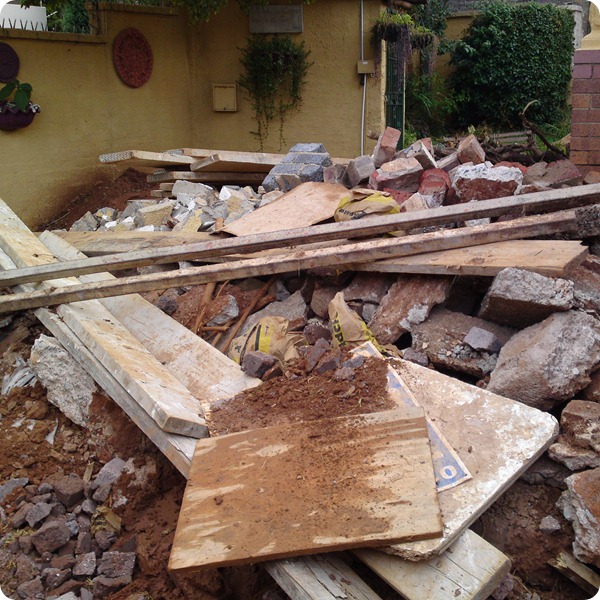 But we now had a good wall between us and the neighbours: 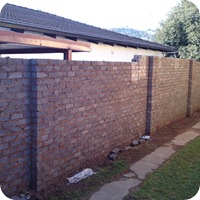 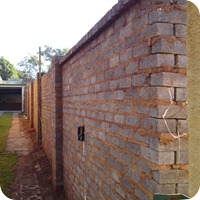 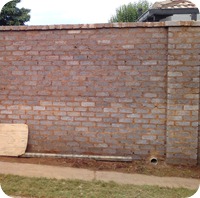 Three weeks later, our front garden now looked like this: 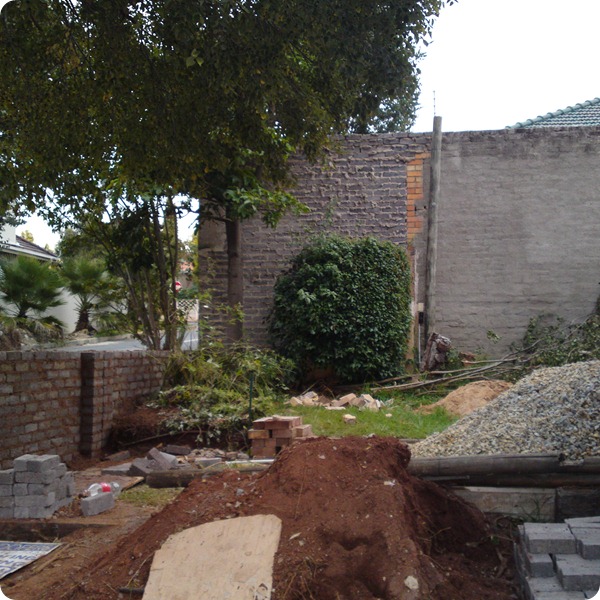 And two days later, we had a new wall in the front too. 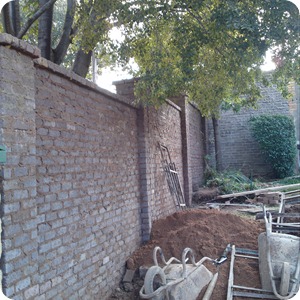 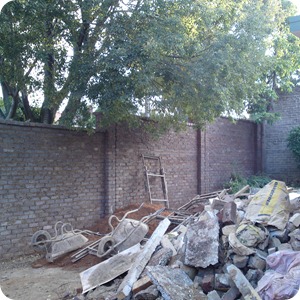 Looking pretty good from the outside too: 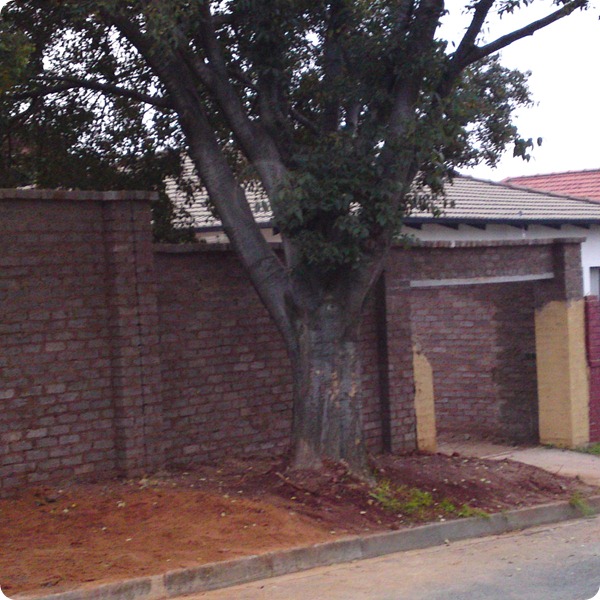 They have started plastering the wall, but this is taking some time due to the soggy weather we are having at the moment. We are also waiting for our new gate to be made, delivered and fitted.

In the mean time, both Sinead and the cats are enjoying the mounds all over the garden, and often play king of the hill 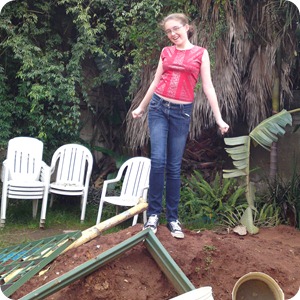 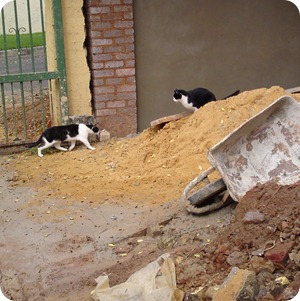 I am looking forward to the piles (and the resulting dust and mud) disappearing, and being able to start over with the garden.

Oh dear, it is a pity you've downscaled your project but I imagine that buildig can be a huge source of stress and a financial drain.

@Emm: it can be rather stressful - luckily our builder is awesome - but mostly the downscale is for financial reasons - I was simply not prepared to pump R450k into this house, as we would never recoup that.

I know that feeling though - of loving your house so much but having to hold back on alterations because the core value of the property won't sustain it!