Words, or the lack thereof


If at first you don't succeed, find out if the loser gets anything. - Bill Lyon 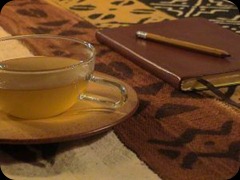 I have been busy. Really busy. And I know this is no excuse. But it has been keeping me away from the words. My two new stories are still swimming around in my head, and the characters from Young Gods have started visiting me in my dreams again, but I simply have not had the time or energy to sit down and write.

I was battling with editing Young Gods, because there is just so much wordage, and so much that I like, but also so much that I hate, that I decided to take a step back from it for a while. I have been toying with the idea of using November to edit instead of participating in NaNoWriMo, as most of my work-related projects should be wound down by then.

My daughter and I also considered using November to write 4 short stories each for NaNo, but she will be writing exams, so we will see how that goes.

My husband and I sat down recently and put down some goals for the next 20 years (which sounds like an awfully long time, until you start planning it). I put down some writing goals as part of these plans, like having my first novel sold in the next 3 years and my second in 6. I don’t like to disappoint or miss deadlines, which is why I put down these goals on our official plan, because I know I will force myself to meet them. Let’s hope my muse feels the same way.