NOVA, NaNo and no words


Quote for the day
Writing is not necessarily something to be ashamed of, but do it in private and wash your hands afterwards.
Robert A. Heinlein
(source) 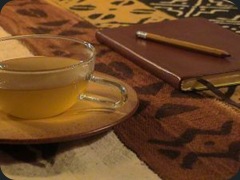 I have run out of time, and missed sending off the short story I wrote for NOVA. That is perfectly OK, as I also just could not fit any more words into the story to push it over the 2k word minimum. So, I have decided to post it instead, and I would like to invite some feedback.

We have also just kicked off a new project at work, that is going to run right through to the end of November, which means I will probably not have time for NaNo either – but I am not giving up hope on that one, just yet. Even if I just get the outline for the sequel done in November I will be happy.

At least it would seem as if the words have returned again. I scribbled down some notes for another story yesterday morning, and I have had words and stories and conversations floating through my head all day. The last chapter of The Novel is also nagging at me again, and I think it is the reason I have put off sending out my queries for such a long time. So, I will, this week-end, start with what will hopefully be the last rewrite.