It is no secret that the husband and I have built a fairly extensive network at home. It started way back when when I studied towards the NT4 MCSE, and, over the years, as new products were released, we added those products to our network to further our learning.

Until yesterday, our home network consisted of the following: 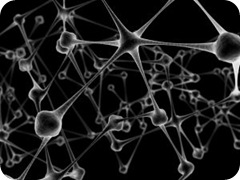 Yesterday, we wiped our domain controller, and started fresh on 2008. Using the Add Roles wizard got a little confusing, so I reverted to the more familiar dcpromo, which made a lot more sense, and didn’t feel much different from 2003. Of course, the AD roles are now extended and sparkly new, so you have to pay attention during the wizard. DO NOT just click next, next finish.

Of course, our Hyper-V machine is also running 2008, but I had precious little to do with that install – the husband did it in the dead of night one night when he couldn’t sleep.

I had a couple of issues initially with the DNS setup. No reverse lookup zone was created, and there were a couple of other things I needed to tweak as well. I am a little concerned, because the self-tests continuously fail, so I am still not convinced that the DNS install is 100% super—duper, but, for now, the network is working, so I am not going to play too much right now (ie. I will fix this later).

We have also been doing a SQL consolidation, and I am going to attempt to rewrite our intranet in ASP.net with a SQL2008 back-end. I have been threatening for years to do this, and I suppose that time has come.

One of the reasons we decided to start over was because we had been installing a variety of services into the old domain that made a bit of a mess to the schema, especially because we didn’t clean up correctly – reinstalled machines without removing the applications correctly, that kind of thing. One of the big culprits here was LCS.

Granted, we make these mistakes because it is a home environment, so it is not critical to achieve 9 sigma, but we have also learnt some good lessons that we may actually one day apply in corporate environments.

And while it is not important at home to have 100% uptime, we do strive to stay up as much as possible, especially because we do actually make use of some of these services to keep our home running, such as schedule all family outings via Exchange and keep track of our budget and shopping lists via our intranet web. And our internet connection needs to be up as much as possible, because I am an addict our daughter needs it for homework.