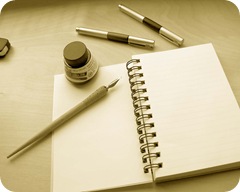 I am starting to get my thoughts into gear for what is hopefully the last re-write before I start submitting to agents.

Like I have mentioned before, my daughter has picked up some grammar and spelling mistakes, as well as a couple of paragraphs that I miraculously duplicated. The characters also did a couple of things later in the book that needs to be brought in a little sooner, I think. And then, the final plot gap has fixed itself in my head while I was away this week.

I finally feel, however, that I have a story here that at least two people in the known universe may enjoy, and it is no longer a meandering mess. And this, I think, is a good place to be.

So, the counter has been reset, and I will start working on the third draft from tomorrow.

After I finished the first draft, I compiled a cast list, and felt rather silly about it afterwards. I have recently realised that this is not such a bad thing to do. Neither is compiling the soundtrack for the book, apparently.