The invasion is over

Quote of the Day:
The thing I hate about an argument is that it always interrupts a good discussion.
--G.K. Chesterton 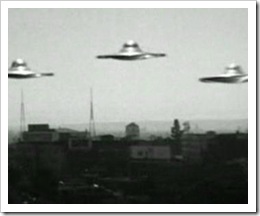 It would seem that the invasion is over, and the aliens are retreating. I am still spluttering, but the pains are gone, so I am obviously on the mend. [edit] Alas, I spoke to soon. They were obviously just regrouping.

I have done very little writing since being confined to my bed. I have also done very little reading – I only managed the first 60 or so pages of Thud!, mostly because I kept dozing off with the book on my face. The anti-aliens were very effective.

I did do a fair amount of blog-reading though, and found some entries I would like to share.

Agent Colleen Lindsay linked to this great article on book titles. As I am still struggling with a title for The Novel, it has given me some hope, and I am not going to continue the struggle for much longer. Instead, I will continue with the current working title, and see what happens once I start with the query process.

Agent Kristin Nelson posted this video by YA author Jackson Pearce that was actually damned funny. Go check out her other videos too, they are just as funny.

And, of course, the big news of the week is the change of release date of the next Harry Potter movie. This has all the Potter fans up in arms, and the Twilight fans wondering if it has anything to do with the Twilight movie release scheduled for early December. I am struggling to swallow the ‘we have made enough money for the year’ and ‘the effect of the writer’s strike’ excuses.

[eta] Apparently, the Twilight movie will now be released earlier.

This coming week, I am hoping to finish off a couple of the missing scenes for the third draft, as well as the current short story. I will also have a fair amount of catching up to do at work, so we will see how much time for actual writing there will be. The second novel is starting to filter into my dreams, so I know I need to start writing it soon – and I am not sure I am going to be able to wait for NaNoWriMo to do so.

tags: in the news, Inspiration, thoughts