2018 was a good year for me, musically. Not only did I have more opportunity to listen to music than I have in recent years, I also attended a fair number of concerts and expanded my listening scope even more.

As always, I rely on Last.fm to provide me with my listening stats, which has become a lot easier since I use Spotify to listen and there is a native integration between the two services. It means that even the music I listen to on my Xbox while gaming is scrobbled seamlessly, which makes me very happy.

While I didn’t get to listen to music nearly as much as I would have liked, I did scrobble more songs than before and listened to a total of 5190 songs, apparently.

Absolutely not surprising me is that Ensiferum is, again, my top artist for the year. This is mostly because I absolutely love them, but also because I got to see them live again this year, which always causes a spike in listening. 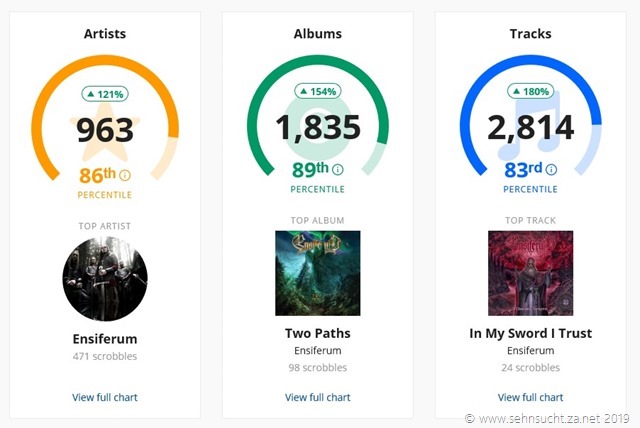 What’s not reflected are a few bands I discovered towards the end of the year, so didn’t get to listen to them enough to make an impact, but they should show up on the charts for 2019.

We were lucky enough to head into London for a few concerts this year. We started the year off with Epica, supported by Myrkur in April, then saw Ensiferum and Ex Deo in May. Over the summer, the husband attended Wacken again, while I went off to Lollapalooza in Paris to see Rag n Bone Man, Jess Glynne, The Killers and the Gorillaz. We had a very busy November/December, and managed to squeeze in Powerwolf, Nightwish, Peter Murphy doing 40 years of Bauhaus, and Dimmu Borgir and friends. 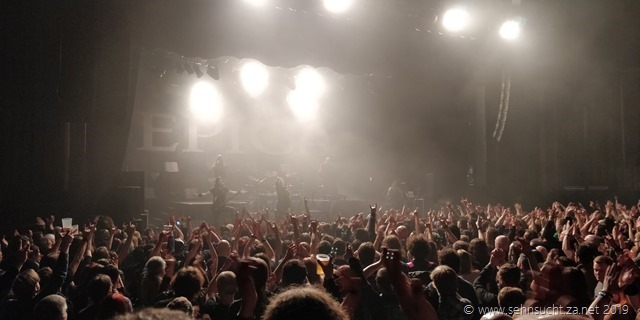 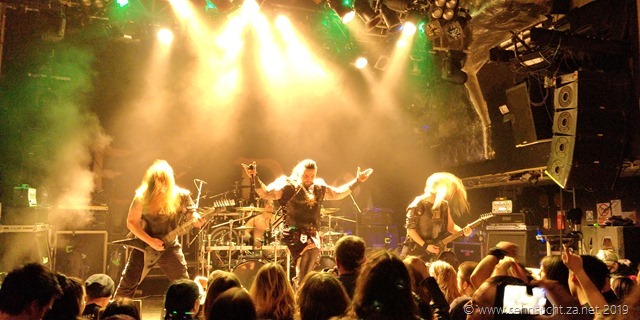 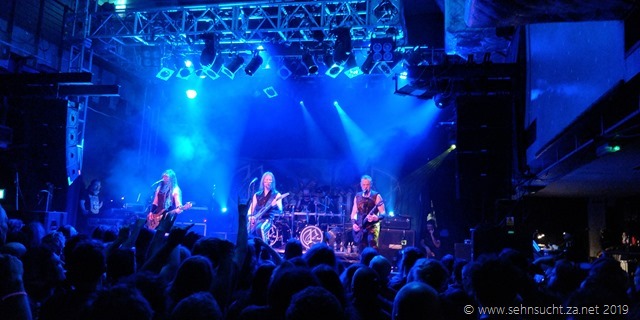 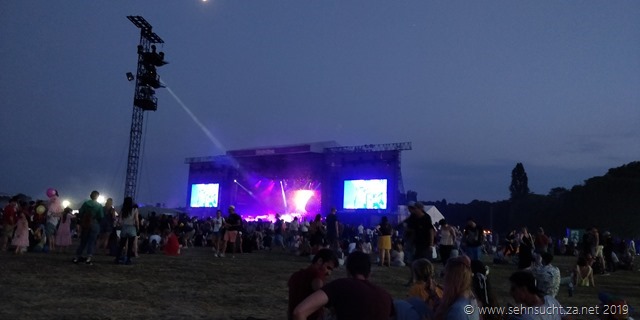 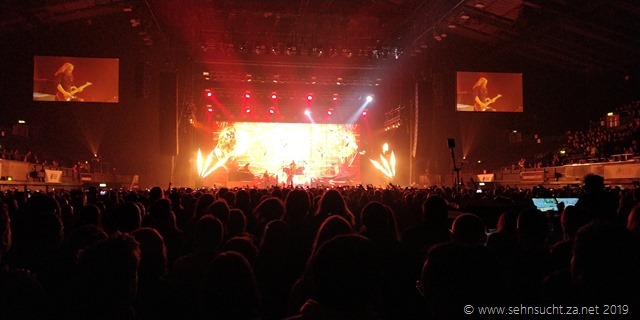 While I always love Ensiferum and Powerwolf and seeing them live in smaller venues was fantastic (as opposed to seeing them at Wacken which has been the experience for the last few years), for me, the standout was seeing Peter Murphy as it was a once-in-a-lifetime experience. It brought back so many memories of my late teens, early twenties and it was great to get the old body dancing again

I really enjoyed seeing Ex Deo as well, and the introduction to Myrkur was very welcome.

Now that we have figured out this concert thing, we have already bought tickets to a number of events for the next year, including our tickets for WOA 2019 – which brings with it the opportunity to see many favourites, including Opeth (!!!) and The Sisters of Mercy.