I am quite a fan of city building games. From Caesar III to SimCity, I have been playing city builders for the past 20 years, but it has always been PC-based. Over the last few years I have migrated to console gaming, where the city builders have been sparse, until recently.

Because, recently, I discovered the joys of Cities: Skylines. It means hours and hours in front of my console, which has given me a wonderful break from the current political and human climate of ugliness. I worked through all the scenarios and started building some really lovely cities, until I watched some community videos, like this one:

And while this city was created with the PC version of the game, which gives you a lot more tools, I thought I would attempt something similar, especially with the new road tools that came with the Mass Transit DLC.

I used one of the flattest maps I could find, and did this in sandbox mode – there is no way you can do this in a standard for achievements city, considering the costs of the highways.

I expanded the map to all 9 tiles, proving a lovely large canvas. I then cleared the map, leaving the highway connections at the edge of the map, and used the 6 lane highway to connect corner to corner and then cross section the map. This allowed me to easily create the first circles. 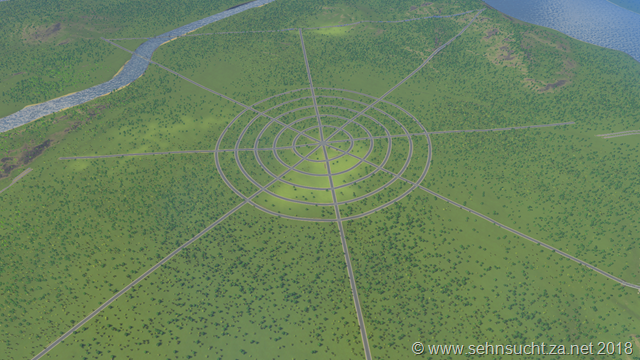 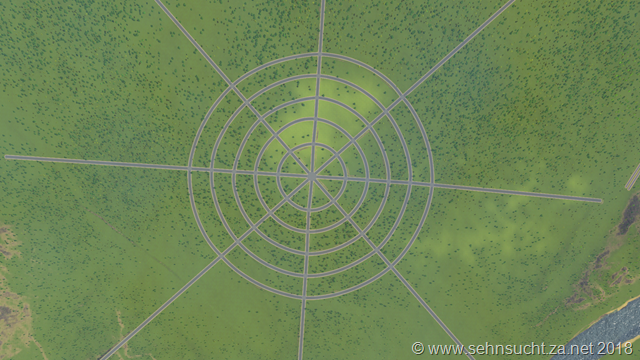 I took some time to plan out the highway connections, trams and busses, and then got to work.I forgot to do some captures before I started populating the zones, unfortunately, and I am not quite happy with the rounding of the highway around the tower in the middle of the city, but it is a fair first attempt. 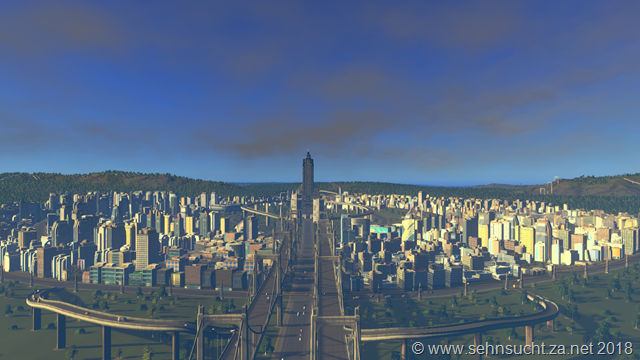 I did build a few industrial areas outside of the circle area towards the edge of the map, as well as the supporting utilities and lots of garbage incineration stations. I’ve also now stated on a second, smaller circle off to the side of the big one. 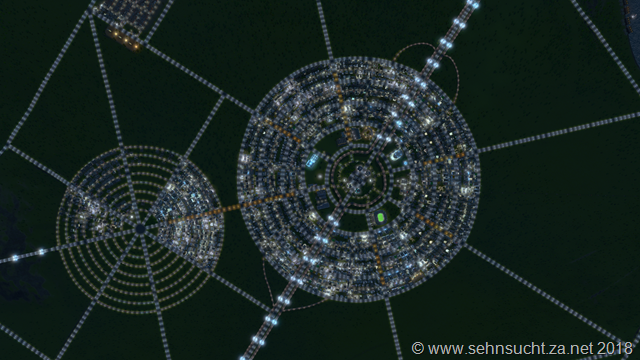 The smaller circle suburbs turned out a lot better, I learned a few things about the road building tools that I will apply in the next attempt in doing something like this.

So far, the city has a population of 60k, with little visible traffic issues and a very low unemployment rate.And the city is now, finally, stating to run with a green balance – about 3 years in.So definitely not something you can do with a achievements city, unless you build it up with a fabulous bank balance and then annihilate it to rebuild, but I estimate it probably cost in the region of 4 million to get started, if not more. Six lane roads are expensive

But it has provided me with some lovely views, and escape from a world filled with Nazis. 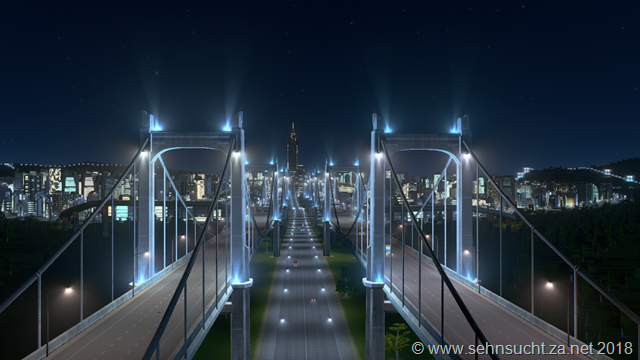 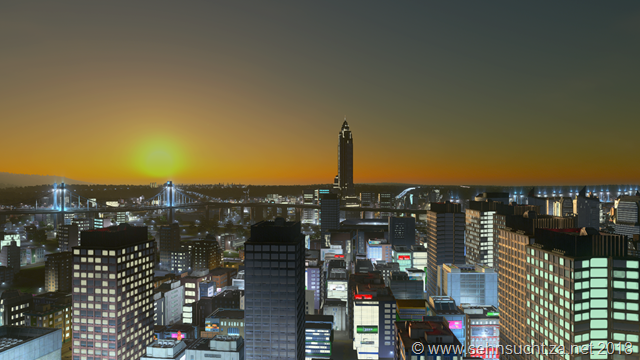 tags: 52, games, nerdlife, the silliness of me