On protests and rich white dudes

Because, of course, the two are a little related

I caught the end of the anti-Orange One protests in London on Friday. It was great to see so many people turn out to raise their voices against racism and other kinds of isms, but it was also clear to me that the protest was against more than the big Cheeto. 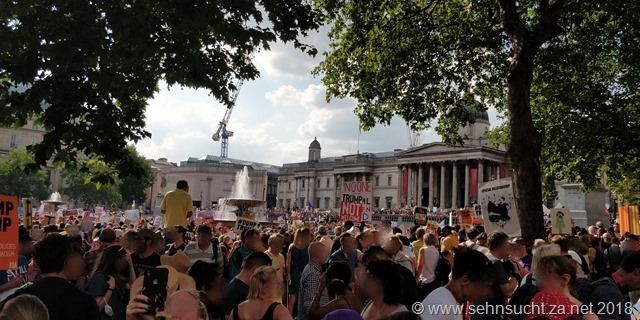 It was against the entire system that allowed the Fart to raise to power in the first place. Against old rich white dudes in power.
The last protest I attended was the Zuma must fall march in South Africa, and remembering this, I was struck by some differences. But it is not what my racist fellow Saffers assume it to be. 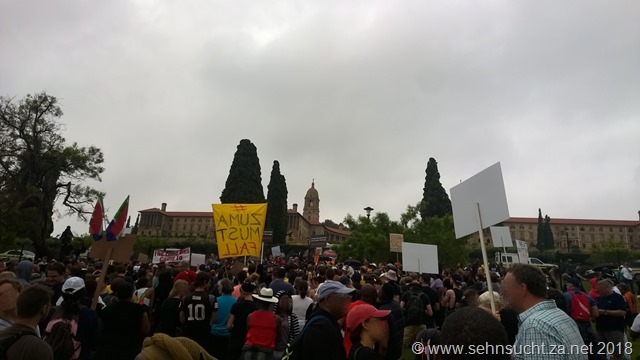 Protests in South Africa are a lot more violent, but it is because the people have been angry for a lot longer, and have more reason to be. As they have been affected by this system of old white rich men for a lot longer. So it is easy to make comments about the violent nature of the protests if you’ve not been affected by oppression or on the receiving end of racism.
Protestors in South Africa are also, legitimately, afraid of the police. They do not get to pose for selfies with the police, or ask them for directions. Police in SA come to protests with rubber bullets and tear gas.
It is important to understand the difference before passing judgement.

But speaking of rich white dudes…
Rich white dudes have a few role-models that they can look up to, and strive to emulate. But I like to think that, mostly, they have a choice of becoming either Tony Stark or Lex Luthor.
Both come from rich families, both start off as spoilt brats, both are amazingly smart humans and have great technologies at their disposal. Tony Stark, however, does become a better person and tries to protect the world. Lex Luthor, on the other hand, remains a spoilt entitled brat and tries to destroy the world.
I can think of a few rich white dudes that have pursued the Tony Stark path, but it seems most of them end up on the Lex Luthor path, while thinking they’re Tony Stark. I know it is hard to be a rich white dude these days, because, you know, the world is against you and stuff, but damnit, E***, you should try harder. Be more Tony.
posted on Monday, July 16, 2018

tags: 52, africa, politics, the silliness of me, the world out there, thoughts, UK