I am still a little flabbergasted by the fact that I am alive in a year that sounds like a SciFi date. And, of course, if one reads the news, we are actually living in a dystopian novel at the moment.

I tried to participate in NaNoWriMo this year, and got to write quite a bit of a story that, when I started sounded like an alternate future, but 10 days in started to resemble the current reality too much that I simply could not continue. I am still not ready for a world where Trump is president, the 1% is blatant about their distaste for the 99% and Putin is fast on his way to becoming world emperor.

But, some good things happened this year too, and I think I am going to focus on those things instead.

While we started our very own Great Trek in October 2016, we only really settled this year. We had some touch and go moments this year, as we were not sure if our offspring would be able to join us (as they were not covered by my visa), but it worked out in the end. They received an unconditional offer from Reading University to study Art and were granted a Tier 4 student visa for the duration of the course. This means our youngling can stay with us for the next 4 years, at least. 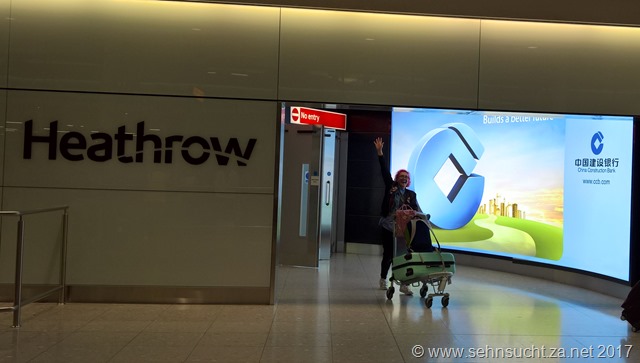 My husband’s father has had to return to South Africa though due to some family complications, but we found him a lovely place to stay and he seems much happier there – he did not do to well with the UK winter.

We have now been in the UK for more than a year, and finally feel like we live here. Some things were super easy to get used to, while other things took a while longer.

The move would have been a lot harder if we did not have friends who lived here and we are incredibly grateful for them. They are now all family.

In between settling and sorting out family things, we have managed to see a few sights this year. 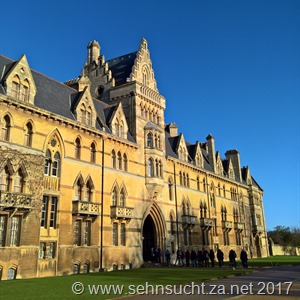 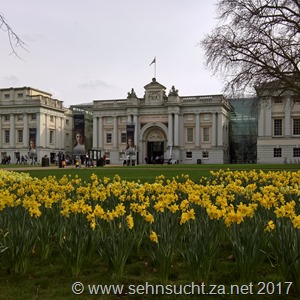 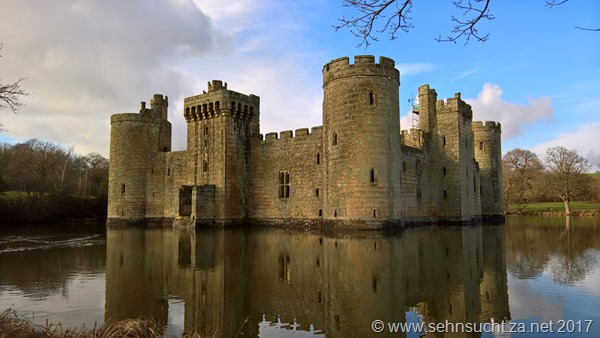 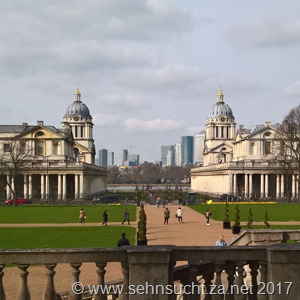 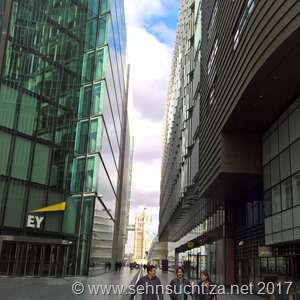 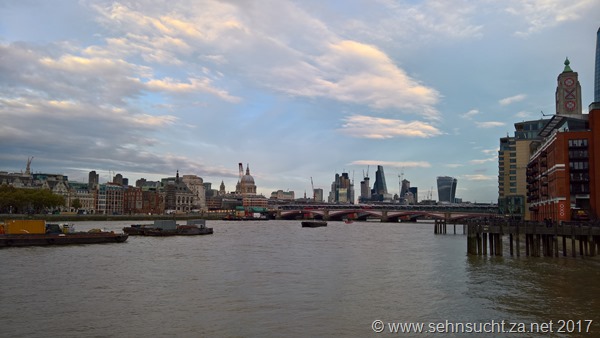 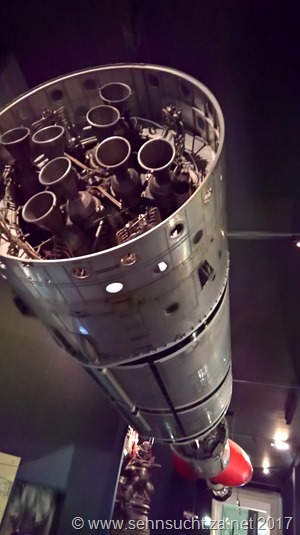 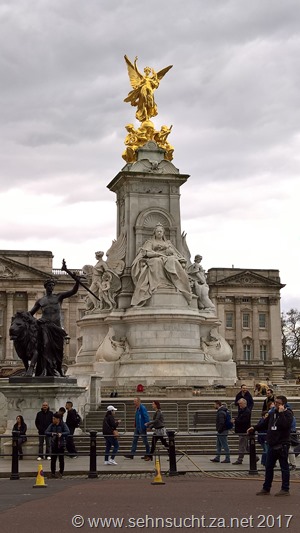 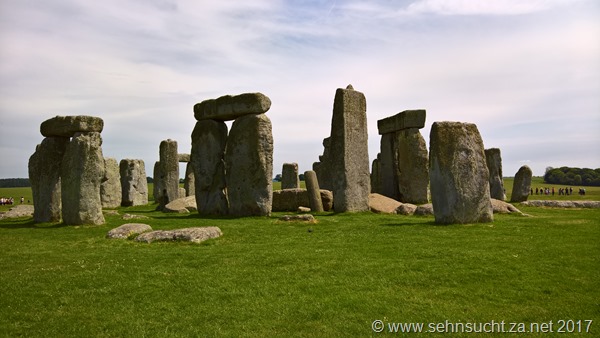 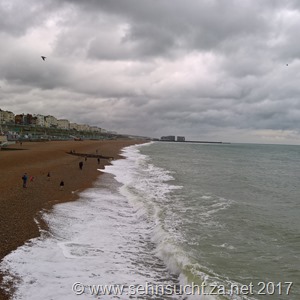 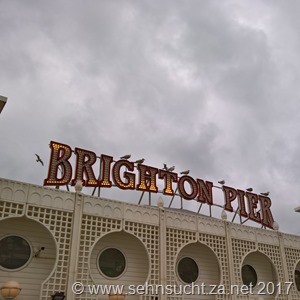 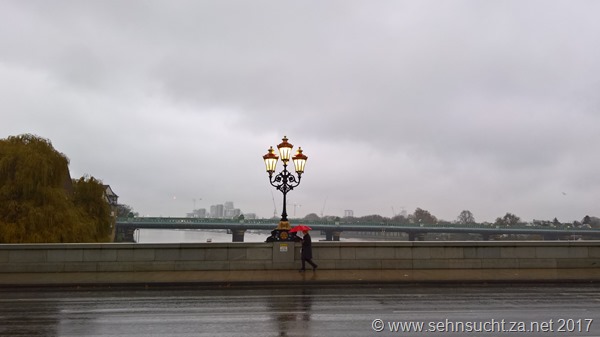 We have had a few visits to London, but have also visited Bodiam Castle, Stonehenge and Brighton.

This is one of the main reasons we chose Europe, and the UK, as our new home – it makes it so much easier to attend concerts. And, in my first year here, I have managed to see two of my all time favourites live: Einsturzende Neubauten and Nick Cave and the Bad Seeds. 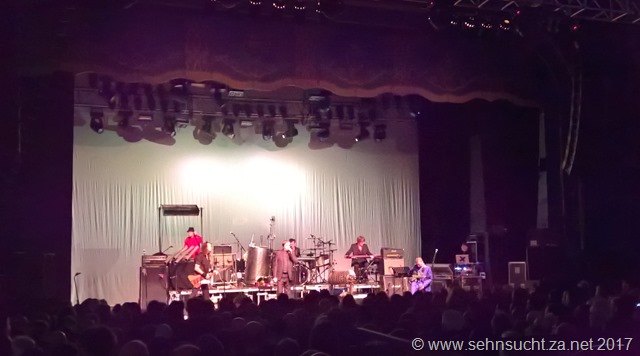 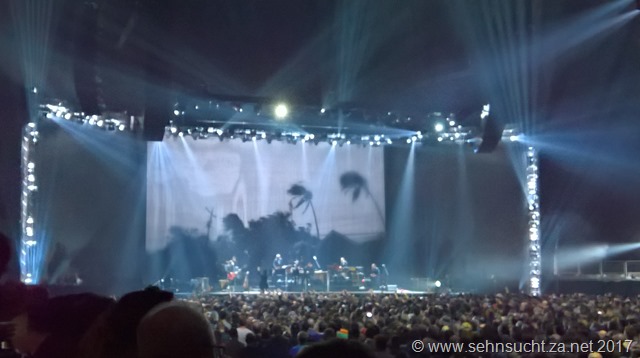 We also travelled to Germany for Wacken, and we got to see so many amazing bands, including Apocalyptica, Amon Amarth, Powerwolf and Saltatio Mortis. 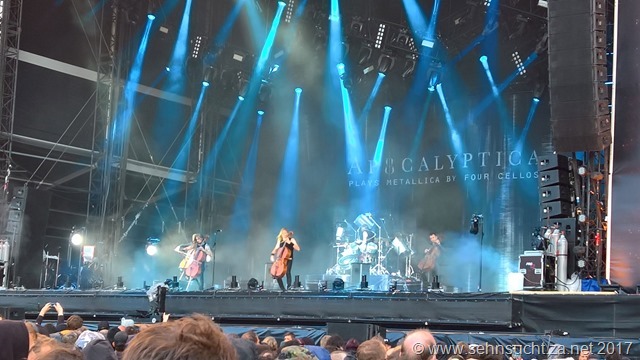 And were in the fortunate position to take our youngling to see one of their favourites, the Gorillaz. 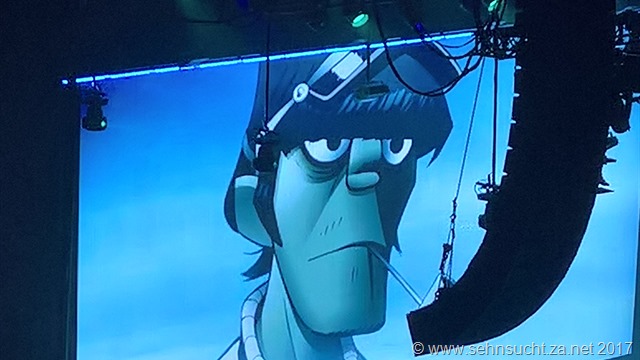 I’ve discovered the joys of Spotify this year, and we now have a family subscription which allows me to listen to music more frequently than I have in the last few years. Spotify also allows me to scrobble to Last.fm, which means I have some stats of my last year’s listening habits. No real surprises with my top tracks or top artists, really 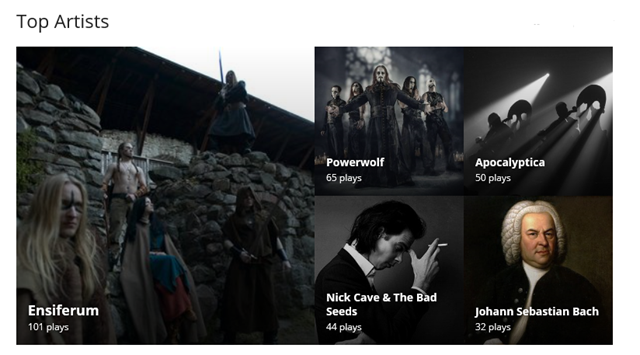 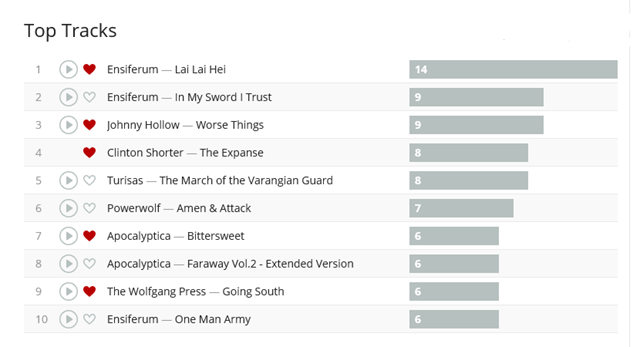 Favourite new find for the year:

Because, apparently, I really love history and music involving history

Thank goodness for Goodreads and giving me the ability to track what I read. 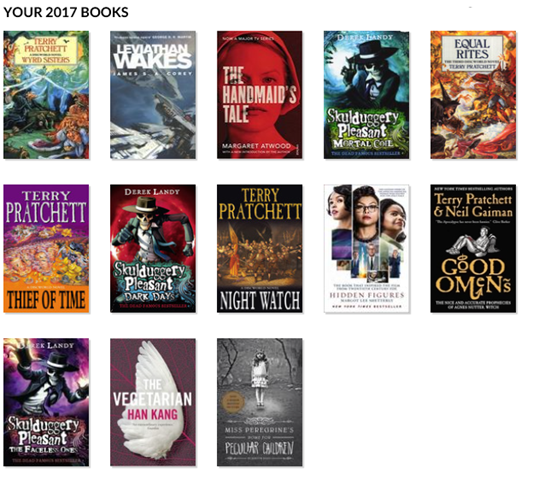 So I have only completed 13 books so far this year, I am pretty happy with having read a little wider. I started re-reading the Terry Pratchetts last year already, and that theme has continued this year, including Good Omens in preparation for the upcoming television series. I started reading the Skulduggery Pleasant series last year, and managed to squeeze in a few more this year. I also read the Handmaid’s Tale finally, and then started watching the series on Channel 4. So many articles have been written about how appropriately timed this show is, much better articulated than I can even attempt.

But the biggest new find for me this year has been the Expanse series. I watched Season 1 of the series on Netflix towards the end of last year, and was hooked instantly. I rewatched the season twice in a very short span of time and then got sidetracked into other things, until Season 2 was released on Netflix towards the middle of this year. I binged season 2, and then decided to give the books a try. Despite some limited reading time, I practically inhaled the first book of the series, Leviathan Wakes, and have since purchased the second and third books in the series. I am just about finished reading the second book, and hope to have both book 2 & 3 completed before the end of the year (I have 10 days to go, so no pressure). To say that I am a little obsessed with this series at the moment is a slight understatement.

There have been a few other interesting TV series this year, most notably Neil Gaiman’s American Gods. I was looking forward to the new Star Trek series, but I just could not connect to it, no matter how much I tried. I will probably give it another try at some point in the future, but for now, it is shelved.

The husband and I rewatched Suits, That 70s Show and The Good Wife. We also really enjoyed the Marvel offerings, especially the Defenders.

I haven’t really been to movies as much as I would have liked this year, and unfortunately missed seeing Thor: Ragnarok at the cinema, but did thoroughly enjoy The Last Jedi and Guardians of the Galaxy 2. I am really so happy to live in a time when we are getting new Star Wars stories. 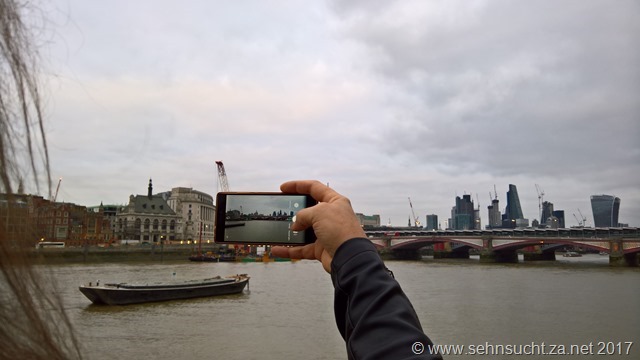 Phew, what a year. I am sure I have forgotten many things, and will try and be a little better at keeping track next year.

tags: life, Memories, Moments, Music, Pictures, Star shaped hearts, The Big Move, the silliness of me, the world out there, UK, writing