On Star Wars and current politics

I have been thinking a lot about politics recently. And by recently, I mean the last few years, actually. 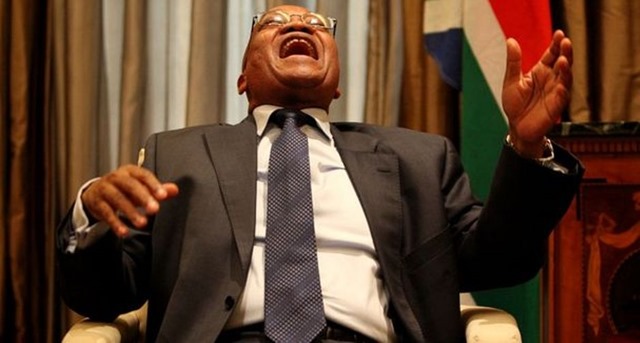 I am by no means politically savvy, and I often feel so lost in the noise created on social media and in the media, that I dip into little pools of apathy on occasion. But the decisions made by people in far bigger offices than I ever hope to occupy often have such a big influence on how we live, that I have no choice but to think about politics.

I tend to lean towards left social libertarian on the political scale, which generally means I believe that government exists to serve the interest of the population, not just a select few, and believe in individual freedom as well as social equality. Because I want a future for my child. And for my husband and myself. And everyone else I care about. And every one else in the world too. I make mistakes often, but I am willing to learn.

Having grown up and lived in South Africa for most of my life means a lot of the thinking I’ve been doing has revolved around South African politics, but the recent re-emergence of the right in both the US and UK have expanded my thoughts to include more of the western world. There have been flare ups of right wing activity across Europe, but it has not been quite as visible as in the UK and US, especially after first the Brexit referendum and then the US elections that put right wingers firmly into the White House.

I have learned a lot about politics from the media I consume. And I consume a lot of media. But the two biggest influencers on my political learnings have been Star Wars, and the writings of Terry Pratchett.

It is no secret how much I love Star Wars. And while the series has some flaws, it is a very good alternate universe to relate our current political situation to. In particular, I often think about the parallels between Palpatine and current world leaders, and specifically Jacob Zuma, the current president of South Africa.

There has been a lot of talk on both social media and in the news about the state of South African politics and the influence that a certain family have on Jacob Zuma. And many have speculated that this family control the current political landscape in the country.

I have a slightly different theory. I believe that Jacob Zuma is a master manipulator, and very good at playing politics. He, like Palpatine, has been manipulating situations for a very long time, and have lined up several fall-guys long before they are needed. And I believe the Gupta family play the role of the Trade Federation from Star Wars. They are perceived to be in power and pulling the strings, but I think he has set them up as fall guys too. In his mind, he will be the ultimate ruler of the empire – well, either him or his son, who has benefitted greatly from his father’s political dealings.

No amount of dirt will cling to JZ, because he will always have a fall guy lined up, and he will always be several steps ahead of everyone else, especially because most people believe him to be an illiterate fool. And this is why he laughs each time someone takes him on.

tags: nerdlife, politics, random is a pigeon from mars, the silliness of me, the world out there, thoughts