On moving to strange places

I ran away from home shortly after my twentieth birthday. I suppose it is more correct to say that my father kicked me out of home, and I obliged him by leaving, especially as I spent most of the previous year living with my then-boyfriend’s family on and off because I got kicked out so often. But so I left home with two bags, one with some clothing, and one with some of CDs and possibly a book or two. 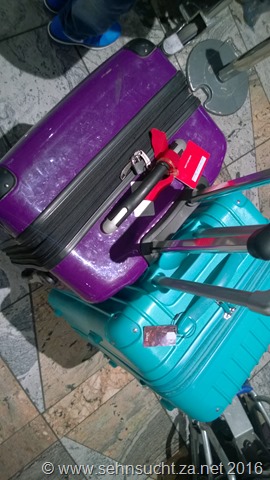 That first two weeks after leaving home, I crashed on couches while trying to sort out something more permanent for myself. I had worked over the summer, and had a bit of money due to me, enough to put down a deposit on a flat. I found some odd jobs that would suffice on a flat application as employment. I accepted donations of furniture. I accepted help from a varsity friend to collect my bed and desk in his very old jalopy from my parents’ house – timed perfectly so they wouldn’t be there. I think I eventually sent a letter to my mother to let her know I was ok via another friend.

Twelve days ago, I left the country of my birth with two suitcases, one filled with clothing and another filled with books, Lego minifigures and my Xbox and peripherals.I’ve been sleeping in a friend’s spare room, and relying on the kindness of friends while sorting out more permanent accommodation.

Luckily this time I have a great job, which has opened many doors for me. But right now I am dependant on people for so much, and it reminds me so strongly of that feeling of running away from home.

tags: Memories, Moments, The Big Move, the silliness of me