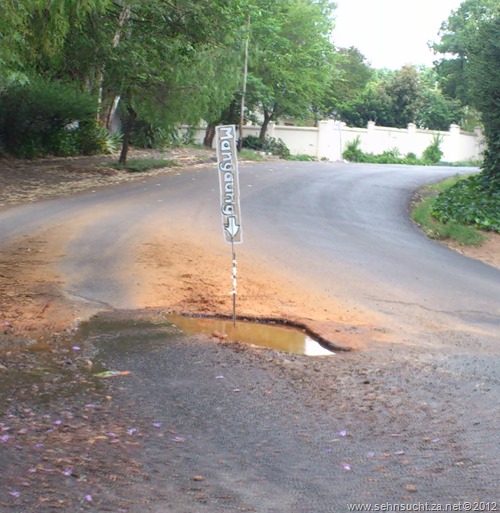 We drive through a fairly affluent area every day after dropping our daughter off at school. The roads in this area, as in most of Johannesburg, have deteriorated quite badly over the last couple of years, and this hole started developing recently. There has been a yellow traffic cone placed on this hole for the last two weeks, obviously to alert drivers, but when we came past this morning, this was in the place of the traffic cone.

[Mangaung refers to the upcoming ANC elective conference, where Jacob Zuma is set to win a second term as party leader, and by extension, a second term as president of South Africa, much to the dismay of a lot of people]