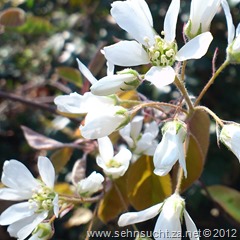 It has been a while since I have done one of these.

The last couple of months have been tough in so many ways. I changed jobs. I wanted to change jobs, but it still doesn’t make it easier. Leaving my last job felt like a divorce. I tried leaving on good terms, but there were very specific things that made me leave. Things I didn’t feel comfortable talking about then, but maybe it is time now.

Of course, I have to use some discretion, so forgive me if this is cryptic. In a nutshell, there was a management change. A significant one that changed the culture of the company, or the section of the company I was working for. And the direction we started moving in left a very foul taste in my mouth. I am also not the kind of person to sit back apathetically and accept situations I don’t feel comfortable in. I question everything. The new direction did not allow for questions or questioners. So, since I could no longer solve the problem, I removed myself from it. Simple as that.

I was fortunate enough to find a very nice position with a company I already had a relationship with, and this is probably one of the best things I could have done for myself. At the risk of sounding trite, I am so incredibly happy now. Any qualifiers I use, however, will sound like me trying to convince myself – and I really don’t need to. I get to do exactly what I have been wanting to do since October 2010, I show results and I get appreciation. 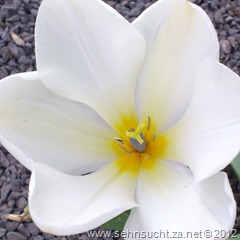 One of the reasons I didn’t talk about this so much earlier was because my husband was employed by the same company. After I left, things became very difficult for him, to the point where he was so incredibly miserable that I asked him to rather resign than continue. I know he will find something else, but we can rather make a couple of sacrifices for a while than me seeing my bff in so much pain.

I keep wanting to write about Evil. And you may think that is random, considering the current topic of conversation. But actually, it is very closely related. So, let me talk about Evil for a bit. I am not a religious person in the traditional sense of the word – I think you know this by now. I do not subscribe to any religious beliefs, really, but if I had to narrow it down, Buddhism fits my thinking the closest. So, when I talk about evil, it is not in any religious kind of sense. For me, evil is a personality trait and part of a behaviour. But it is something that hurts. It is something really really bad that should be avoided at all costs. There are some inherently evil people in the world. And those people are evil because of the way they impact the lives of others. Sitting in a graveyard thinking about Lucifer is not evil. Forcing good people to do bad things for self-preservation, that is evil. Dressing up in black is not evil. Killing someone with a smile on your face, that is evil. Feeling emo is not evil. Denying others happiness, that is evil.

So, yes, evil is relevant in this thought process. Because the change I witnessed at the previous employer was very much the result, for me, of an evil person. Someone who did whatever it took to get her own way, making others around her believe that their own jobs were at stake if they did not comply and believing that it is perfectly acceptable to sacrifice happiness for her greater good.

Nothing, nothing is ever worth sacrificing your own happiness for.

Life is hard. Life is a bitch. But you don’t have to sit an wallow. It is your duty, your responsibility to be happy. That is your purpose in life. I am not saying we should all be saccharine and rainbows all the time, but really, you should always pursue happiness.

It sounds simplistic, but making it complicated simply leads to more unhappiness. Be the best you can be at every thing you do, and happiness naturally follows. Allow others to steal your happiness and you allow evil to flourish.

tags: Inspiration, random is a pigeon from mars, the silliness of me, thoughts