Where has the past month gone? Whoooooshh…

A month ago, I took part in the democratic process by not only voting in our local elections, but by also spending the day working at a voting station as a party agent. I woke up super-early the morning of the 18th of May and arrived at the voting station before 6am to witness the opening and unpacking and sealing of the ballot boxes and the setting up of the voting station. I spent just about the entire day at the voting station – apart from the 2 hours I spent going to vote at another station and charge my phone – and stayed for the count at the end. It was a long day – I was awake for 23 hours straight – but it was worth it.

I think it is something that each voter should do at least once. It makes you appreciate the system, and I definitely gained some trust in the process, and the IEC. Speaking of which, the IEC staff were wonderful, friendly and helpful all the way through, even though they were also awake from very early that morning. The guy in charge was incredibly dynamic, and he handled a very difficult and long day with grace and the patience of a saint, while being incredibly competent at keeping the wheels going.

Other than that, in 42 days time the husband and I are off on our very first adventure, and we have spent the past month getting our visas in order, buying the last of the camping gear and practised setting up the tent. We have also booked all our hotels and train tickets, which means we are set to go. I am still struggling to wrap my head around the size of Wacken (the festival, not the town), because my brain simply cannot comprehend seventy five thousand people in one place. I am really looking forward to seeing the sights and hope I can capture each sight adequately photographically.

We had a brief moment of panic when another Icelandic volcano erupted and caused some havoc with air traffic in Europe, but luckily that seems to have calmed down now. And I have made friends with Iceland.

Tonight, while in conversation with the family, I brought up the Icelandic ponies and volcanoes, which immediately conjured up images of cute ponies ala Viva Piñata somersaulting into an active volcano. Much laughter ensued.

I have been playing a lot of Viva Piñata recently. I started over, because I finally have my own XBox and profile, so I am raking up my own gamer score now. I have finally broken my previous scores, and am starting to attract some interesting piñatas to my garden, the strangest of these to date being the Jameleon, which really sounds like an asthmatic chameleon, especially when it is sleeping. 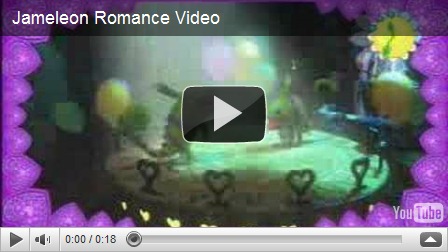 My daughter started her first exams for high school this week, and the first subject was Art and Culture. The grade’s classes were divided into smaller groups, and each group was tasked with putting together a 60 second puppet show. On the way to school one morning, she told us about seeing one of the other groups’ puppet, and it happened to be a stripper, “with a g-string and everything”. Much laughter ensued.

Laughter is a frequent friend, and it is good. I must just sometimes remind myself of this. Been a bit wound up recently, and swinging between what feels like more than two poles, each with their own brand of insanity woven through the cracks. I am missing writing again very much right now, but as soon as I sit down in front of the keyboard, the words are gone. I sure do hope they return, because there are many many stories that still need to be told. Maybe my muse awaits in the country of my ancestors. And hey, I wrote a blog post. With words and everything. 671of them to boot. There is hope for us yet, captain.

tags: africa, Dreams are funny things, games, geekery, Love this place, me, Media, Music, politics, random is a pigeon from mars, Star shaped hearts, the silliness of me, the world out there, thoughts, Travelbug