The husband and I headed off to The Black Dahlia in Boksburg last night for the Ensiferum concert.

The Black Dahlia is not a bad venue, and certainly better – to me – than some of the other ‘alternative’ venues in Jo’burg. The only complaint I have is that it was maybe a little too small for the crowd that filled it last night, but it wasn’t so crowded that you couldn’t breathe, and there was plenty of space on the dance floor for a good mosh pit, while allowing those of us who didn’t want to participate to still enjoy the show.

I have been listening to a lot of folk and symphonic metal recently, so the Ensiferum tour could not have happened at a better time.

Ensiferum has a great stage presence, and I wish I could see them in action sometime in a very large venue – I think their sound almost demands a larger scale.

The support acts for the night are listed as follows on the Black Dahlia’s Facebook page:

Unfortunately, only two of these really made an impression on me.

Riddare Av Koden, a melodic death metal band, are the guys responsible for bringing Ensiferum to the country – for which many of us are hugely grateful. They have a great sound and a great stage presence. The vocals got lost a little bit in the noise, but overall, a great show.

Strident is a great folk metal from Cape Town with a fun stage presence and a really awesome sound. Apart from Ensiferum, they were my favourite part of the evening – so much so that we bought their album, Oath, on the spot.

I took a couple of pictures, but they mostly look like this: 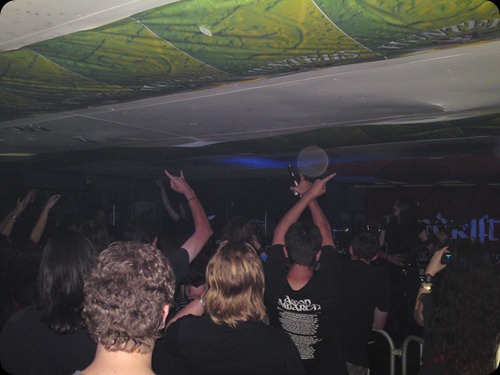 We were lucky enough to be sitting outside for some fresh air when the band arrived, so I got this picture of them (if you look closely): 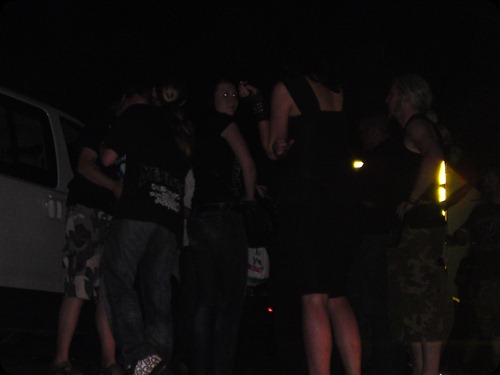