Lifestyle, great ideas and a bit of green 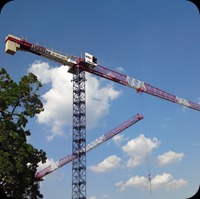 As you, my one and only reader, may have noticed, this blog looks a little different suddenly. I decided to finally consolidate my blogs into one, and give this one a long-overdue facelift (one that involves more than just a new banner).

Over the years, my way of living has slowly changed, but at the beginning of this year, I made quite a drastic lifestyle change that has had a significant impact on so many aspects of my life. The change? Simply, I stopped eating meat. Yes, I have become a vegetarian. For the most part, this was due to the fact that my body decided it can no longer process meat – I felt ill every time I ate meat – but there is an ethical decision behind it too. I am not going to go into all the reasons, because you have heard it all before. But I must say I do feel very good – much healthier, with more energy all round. 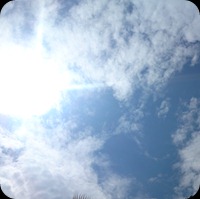 It hasn’t quite solved my sleeping problems, but I suspect that has something to do with the amount of chocolate I consume :)

The biggest challenge for me, who has grown up a carnivore with a distinct aversion to most vegetables, was to find ways of cooking without meat that was still tasty. I have been experimenting quite a bit with trusty recipes and meat-replacement products, such as the Fry’s range, with some great results. I have also started substituting meat in recipes with other alternatives, such as lentils and butternut, with rather pleasing results – especially because the Fry’s range can work out rather pricey. I post the success-recipes to the family blog.

Of course, this gives me more motivation to keep my veggie garden growing. I quite like the idea of this urban garden: 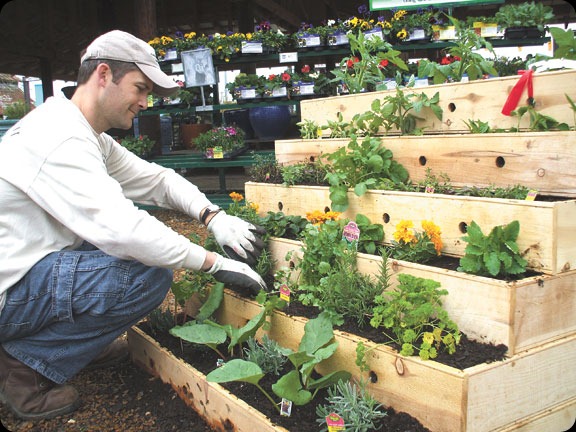 And suspect this will be my next big DIY project. It doesn’t quite give enough space for the runners, like the squashes, but those I will plant in the other big project I am about to tackle: building a new patch for the Dude (our tortoise).

And then, a fellow Saffer blogger had a great idea, watch her video:

What makes this a great idea for me is that, ultimately, there are no real losers in this deal. I often wonder if we cannot rather set up funds like this to pay our tax-money into, rather than donating it to our government – where there are no obvious winners other than government officials and their families. I would be happy to pay the high amount of income tax and other taxes I currently do, if I could see the benefits of that money in our country.

tags: blog stuff, Food, me, the world out there, thoughts

V - I have a magnificent vegeterian cookbook if you would like a copy - email me your address and I'll stick one in the mail for you - with love from me to you and your tummy! Remember Green & Blacks chocolate is organic and ethically produced so each as much of it as you want - guilt free :)
much love and thanks for the update!
Liesel