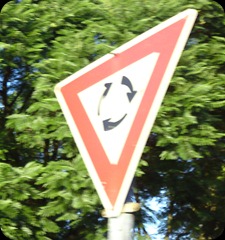 I always thought this was true:

"Tie me over"
This phrase is commonly used to convey the feeling that something will temporarily suffice; similar to the phrase "hold me over."
For example, if someone is tight on cash, he might borrow 5 dollars from a friend. This does not permanently solve his problem, but it will "tie him over" until his next pay check.
This phrase is often used in reference to hunger as well. For example, if you are hungry, but dinner is two hours away, a small snack will "tie you over."
WARNING: It is a common misconception that the phrase "tie me over" is actually pronounced "tide me over." Some even go so far as to say the "tide" refers to the ebb and flow of hunger, but this is not the case. Rest assured "tie me over" is correct. Using the phrase "tide me over" makes one assume you've been kidnapped and thrown into the ocean with cement around your feet.
This is not a pool party- "tide me over" makes no sense. The phrase "tide me over" may be used as a pun, in the rare instance that someone lets you borrow enough laundry detergent to "tide you over." Otherwise, it is unacceptable.

But every other article seems to indicate this is true instead:

Meaning: Use something carefully so as not to finish it

Example: This £50 will have to TIDE me OVER until I get paid.

I have no idea but a lot of the sites referring to it as "tide me over" go into the etymology of the phrase and "tide over" appears on Merriam Webster.