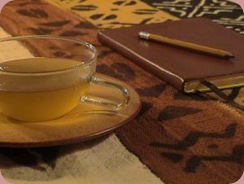 Oh, I have posted a bit here and there, but I just don’t feel like I have properly blogged since, uhm, December?

Work has been really, really hectic. I moved over to a new position at work a month ago, and it has taken me a little while to get used to the new location, position and pace. We were also forced to take part in the involuntary  wealth redistribution program recently, bringing with it a whole bunch of new challenges. But it looks like things are calming down a little again.

I also haven’t been writing, mostly for the reasons above, but also because I have been stuck on the rewrite of Chapter 2 for Young Gods. I knew it had to change, but I simply could not see how. Last night, as I was drifting off to sleep, I saw the scene to kick it off, so this should pick up some steam too.
I haven’t really worried so much about not writing, because I know that, every now and again, the Muse needs a holiday and I need to refill the well.

So, the new month brings with it new resolutions:

That said, I did recently, via Twitter, run into a local POD service that also releases a quarterly periodical and is currently looking for submissions. I am considering sending along a short story or two.