The year that was – books, movies and music 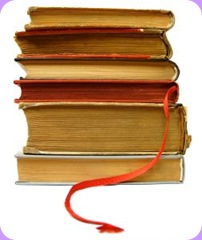 I am not entirely sure what happened this year, but I did not read as many books as I normally do. I did veer a little out of my comfort zone this year, and read a couple of books I would not normally pick up.

My favourite book for the year is, hands down, The Graveyard Book.

I tried reading a couple of local books this year too, but only really completed Moxyland, which was not a bad read at all, and renewed my hope for the local publishing industry.

I did buy a larger number of books than usual this year, most of them consumed by my daughter, so my ‘to read’ list for 2009 is quite staggering. 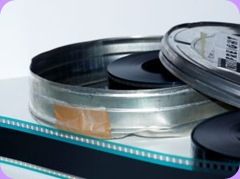 I honestly cannot think of a single movie that I watched this year that was released this year that has made me sit up and take notice – but I should admit that I did miss seeing both Iron Man and The Dark Knight when they were released.

I did, however, watch La Science des rêves (The Science of Sleep) which caught me by surprise and instantly made it to my top 5 favourite movies of all time.

There are a number of releases in 2009 that I am really looking forward to seeing. Of course, the sixth instalment of the Harry Potter franchise is on the list, as is Norwegian Wood  and the first Percy Jackson movie (although, I see release date for both is now listed as 2010). 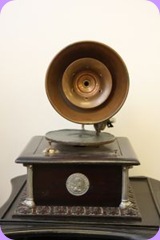 I cannot survive without music, and it plays a larger part in my life than I am often willing to admit. And, while I have my favourites, I am always on the look-out for new music.

This year surprised me by giving me not one but two new favourite bands. The first, Kaizers Orchestra, I discovered quite early in the year and quite by accident and has served as constant inspiration throughout the year. The second, Abney Park, I discovered when fairly recently I was digging deeper into this whole Steampunk thing and has instantly grown on me.

Other new favourites in my playlist include Thea Gilmore, who is a phenomenal song writer, and DeVotchka.

I don't often venture beyond pure fantasy novels, but i must say that one was a smasher.

In terms of what I love = fantasy - the Eragon series is kick-ass. The movie was shit, the books are incredible.

@exmi: I have Time Traveller's Wife on my list for next year, looking forward to reading it even more.

I read Eragon a while ago, and have Eldest sitting on my bedside table. I find Paolini to be a little too wordy, but the world he has created is quite awesome :)

Media largely passed me by this year but I loved Iron Man and Dark Knight. You really sound seen them both!

@tenderhooligan: I have since seen Iron man, but I am waiting patiently for my new Batman boxset to watch Dark Knight.