And now, for something completely different*... 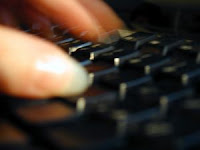 So, it would seem that, apart from the Novel and its sequel (that is nagging urgently at me now), I will also be working on a non-fiction book for the next couple of months.

A colleague and I have come up with a great idea for a book and have started outlining and so forth. I have also started researching the process for selling such a book (because the plan is to finish it by the end of the year). As I learn more about this process, I may also post here about it. Also be prepared to sit through my frustrations and ponders as we write this beast.

I have been off-line for several days now, mostly because my laptop decided to die on me last week-end, so blogging and writing has been rather awkward. It is supposed to be fixed today. This is me holding thumbs. Well, this would be me holding thumbs if I did not feel like someone cut off my hands.


*With apologies to Monty Python. Because this is neither funny nor does it feature John Cleese in lingerie.
posted on Thursday, September 11, 2008