Is the ANC finally in real trouble? 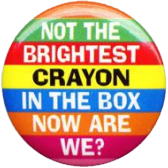 When T-bone dismissed JZ over the arms deal, everyone applauded his ability to make tough decisions. What we didn’t know back then was that the reason he dismissed him so quickly was only to protect himself.

But, slowly over the past year or so, his own flaws have become incredibly apparent. From sheltering Manto to his *cough* quiet diplomacy around Zim to his alleged own involvement in the arms deal… the charges are mounting up.

Unfortunately, he is still in power, but he is also changing public perception on JZ. Just like he did by running for ANC head in Polokwane. Now, JZ is the lesser of two evils in public eye.

But the ANC is fraught with problems. The party seems to be divided internally, and they have become nothing more than a watercooler joke.

Of course, no-one seriously wants the NNP (or NNNP) to form/reform and come to power, but there is also a visible lack of serious opposition to the ANC, which leaves our political landscape in an even gloomier place.

Unfortunately, the DA seems to be focusing on a war on drugs, rather than tackling the real issues. And yes, I agree that drugs is a serious issue, especially in the Cape where ms Zille hails from, but I struggle to accept that it is the biggest issue to focus on at this point of the game. Should the DA and the ID band together, and focus on creating a trustworthy, crime-free image as well as raising the topics that hurt the country most to the forefront, such as misappropriation of public funds, fabricating crisis and alleviating poverty, they might stand a chance. However, I do not think the majority of the voters in this country would feel comfortable with a white president, so maybe Pat de Lille stands a better chance than anyone else to replace JZ as our next leader?

The next couple of months in the run up to our own election will be incredibly interesting, as I don’t think we have seen the last of the backstabbing, smear campaigns and strange truths.