Quote of the Day:
No mind is thoroughly well-organized that is deficient in a sense of humor.
--Samuel Taylor Coleridge 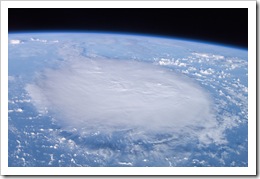 One of the most memorable sessions, for me, from the conference I attended last week was the closing keynotes presented by Stephen Attenborough, Commercial Director for Virgin Galactic. I learnt a lot from the other sessions, and met some inspirational people, but the Virgin Galactic presentation has stuck with me in a different way.

The conference was a technical one, so the content was geared at geeks, and the Virgin Galactic one was no different. We were told about the journey of Spaceship 1 and how Mothership 1 was designed. We were given all sorts of technical specifications and a variety of statistics. And then, we were told about the future plans. And one of the options, after space tourism really takes off, is cargo shipping with the purpose of building stuff in space. The one idea mentioned was to build an orbital server room – no heating issues and unlimited power – and this idea really stuck with me. Yes, having the ability to build in space by itself is phenomenal, and to be able to harness the power of the sun – well, probably the best idea since breathing. But my brain likes to run away with these things.

The first step is to build a server room in space. But you will need support staff on-site, which means the facility will need some residential space. And I am willing to accept that for the first year or so these living quarters will be no more than a little room for sleeping, eventually, as the server room capacity grows, the on-site people will need more services provided to them, as they would probably be on-site for 6 months or more. So, the facility will need to be expanded, to make space for a couple of service providers, such as cleaners and cooks. But if there are service providers, at some point, family will want to join. So, the facility, yet again, will need to be expanded to include better accommodation, schools and medical facilities. So, now you have an orbital city. With awesome views. 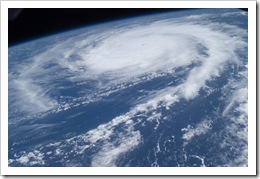 Next, these facilities will have to provide rental accommodation, for tourists – because what fun is it to just go into a sub-orbital flight with 6 minutes of weightlessness when you can go visit the orbital city for a couple of days. And this is where the fun begins. I can just see it now. In about 15 years’ time, one will be able to attend a writer’s retreat on Mars. Or the Moon. Or simply in the orbital city.

The down side of all of this is that the gap between Science Fiction and Science Fact has just narrowed again, and writing good science fiction will be a little tougher again for a while, but I doubt we will be complaining as we sit sipping martinis in outer space.